Steven Harvey to speak at MIA 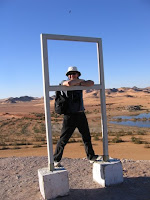 k about his work at the site of Abydos, Egypt. Professor Harvey attended Yale University for his undergraduate degree and the University of Pennsylvania for his PhD in Egyptian Archaeology. He currently works in the Department of Anthropology at Stony Brook University. Professor Harvey specializes in Egyptian archaeology, narrative in ancient art, ancient warfare, pyramid construction, ancient religious institutions, and sacred landscapes. He is currently the director of the Ahmose and Tetisheri Project in Abydos, Egypt.

In "Before the Valley of the Kings: Egypt's Last Royal Pyramids," Professor Harvey addresses how the pyramids at Giza and hidden royal tombs in the Valley of the Kings (ancient Thebes) are among the best-known features of ancient Egyptian civilization. Despite their basic familiarity, however, little is understood about the process by which the pharaohs chose to abandon the earlier pyramidal form in favor of rock-cut burials, a transition that took place at the outset of Egypt’s New Kingdom. Surprisingly, the best evidence for this change in royal tomb concepts may be found not at Thebes but at the sacred site of Abydos in southern Egypt, where the last Egyptian royal pyramids were constructed by King Ahmose (ca 1550-1525 BCE). Near the pyramids that the pharaoh constructed for himself and in honor of his grandmother Tetisheri, Ahmose also carved out a rock-cut tomb of a type best known from later king’s tombs in the Valley of the Kings. Excavations at Abydos since 1993 are beginning to provide a fascinating look into the artistic and architectural innovations of Ahmose’s reign, including unique depictions of King Ahmose’s defeat of the Hyksos, rulers of Syro-Palestinian origin who had dominated northern Egypt for a century. Given that not tomb or temple for King Ahmose has ever been discovered at Thebes (modern Luxor), the Abydos monuments are of great importance, and this lecture will explore the intriguing possibility that the pharaoh was intended to be buried in one of the mortuary structures built by him at that site.

A nice article from the University of Chicago Chronicle discusses Harvey and his work at Abydos.

Lectures are free and open to the public. Please join us for dinner at Christos Restaurant after the lecture. RSVP to Vanessa Rousseau.