Tina Neuhauser on “Roman Provincial Theaters. A Review Based on Selected Examples”

Thursday, November 8, 2012 at 6pm in the John B. Davis Lecture Hall in the Ruth Stricker Dayton Campus Center at Macalester College 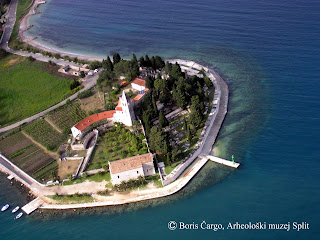 The Roman architect Vitruvius (De architectura 5,3,1) said that building a theater was one of the first priorities at a site: “When the forum is placed, a spot as healthy as possible is to be chosen for the theatre, for the exhibition of games on the festival days of the immortal gods…” Evidence of ancient theaters can be found throughout the whole Roman Empire.  In addition to extant theaters, one finds their indications in present architectural remains or in reference to performances found on inscriptions. Not enough attention has been given to the Provinces concerning the existence of theaters and to their role in the history of ancient theater. This is particularly true in Dalmatia, Moesia, Noricum and Pannonia, where a number of diverging cultures met. Greek, Roman/Italic as well as Gallic influences can be seen in theaters in these provinces based on selected examples. Moreover, these four Roman Provinces provide us with an interesting legacy, which cannot be found in the rest of the Roman Empire.

Posted by Vanessa Rousseau at 9:11 AM