Donald Ryan on "Beneath the Sands of Egypt: An archaeologist explores the Valley of the Kings"


Saturday, October 19, 2013 at 11am (National Archaeology Day), in the Pillsbury Auditorium at the Minneapolis Institute of Arts. 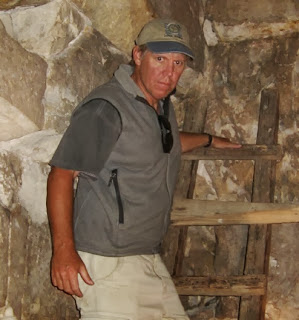 After nearly two hundred years of exploration, and over 90 years since the finding of the tomb of Tutankhamun in 1922, the Valley of the Kings continues to produce new discoveries and insights.  In this lecture, archaeologist/Egyptologist Donald P. Ryan will share some of the many fascinating surprises he has uncovered while investigating some of the lesser-known tombs in the ancient royal cemetery.  These include the rediscovery of a tomb in which the recently-identified mummy of the female pharaoh Hatshepsut was found, and indications that a surprising number and variety of individuals were buried amidst the pharaohs in the Valley.

Donald Ryan is with Pacific Lutheran University, and holds his degrees from the University of Washington and Union Institute (Ph.D.).  His areas of specialization are Egyptian archaeology, the history of archaeology, the history of languages and scripts, the archaeology of Polynesia, and the history of exploration.  He has done extensive fieldwork in the Valley of the Kings, and co-directed (with Thor Heyerdahl) excavation at the Piramides de Guimar on the Canary Islands. He is the author of several books and numerous articles on archaeological subjects. More information can be found on the speaker's website:
www.plu.edu/~ryandp

A no-host lunch open to AIA members with the speaker will follow the lecture at Christos Greek Restaurant, 2632 Nicollet Avenue, Minneapolis
Posted by Vanessa Rousseau at 6:58 AM