Joan Breton Connelly on "Tombs and Temples: Death, War and Remembrance on the Athenian Acropolis" 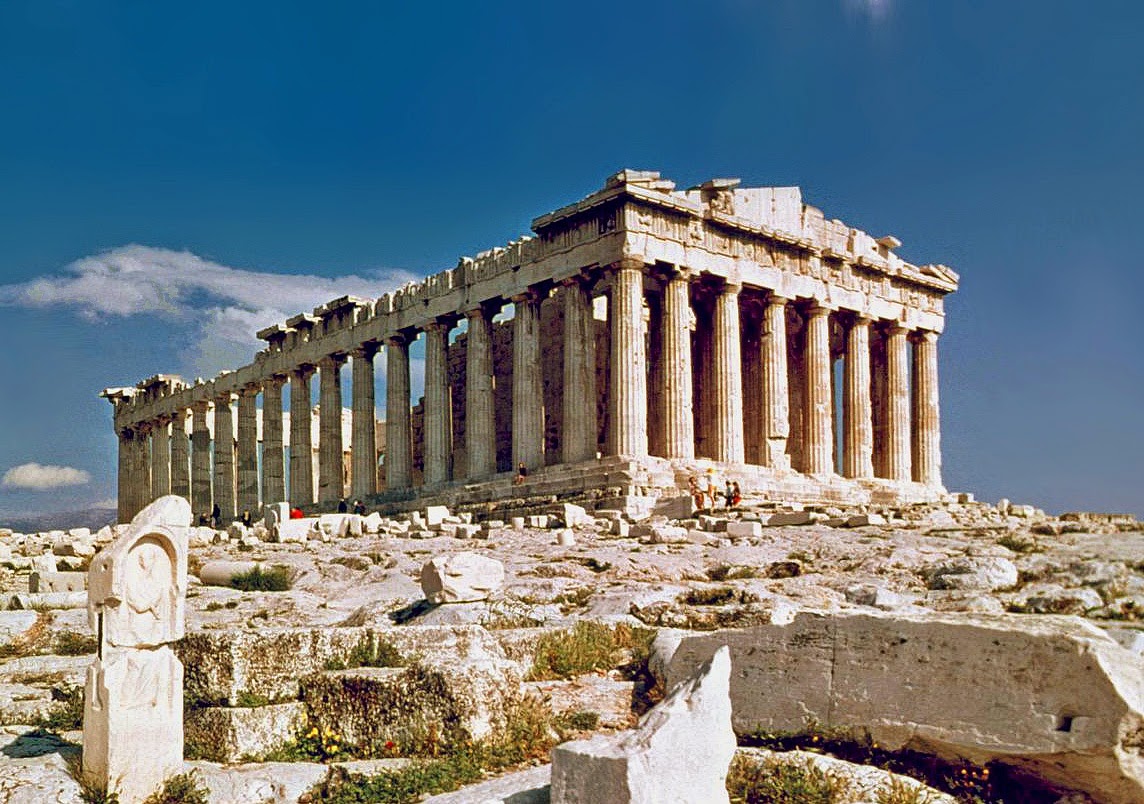 War, tombs, and temples formed a network of remembrance through which Greeks understood the local genealogies, myths, and histories from which they descended. Art and war were tightly interwoven, sanctuaries teeming with captured arms and armor and adorned with sculptured images telling tales of Greek victories. As at other Panhellenic sanctuaries, Athenians believed that tombs of their ancestors rested beneath local temples: Erechtheion and Parthenon. That the legendary King Erechtheus and his daughters were commemorated for giving their lives to save Athens set an example for later generations called to make the ultimate sacrifice for the greater good. Stretches of cable from Xerxes’s bridge over the Hellespont, the sword of the Persian general Mardonios, and the breastplate of Persian cavalry commander Masistios were displayed on the Acropolis. These, along with the martial images adorning the temples, played a critical role in paideia, the education of the young for the all-consuming cycle of war, death, and remembrance that awaited them.

Location & parking information can be found here
Please note that there will not be a members' meal with the speaker following this event.

About the speaker: Joan Breton Connelly is a classical archaeologist and Professor of Classics and Art History at New York University. Dr. Connelly’s scholarship focuses on Greek art, myth, and religion, and includes a groundbreaking reinterpretation of the Parthenon Frieze. A cultural historian, she has examined topics ranging from female agency, to ritual space, landscape, life cycles, identity, reception, and complexity.

A field archaeologist, Connelly has worked at Corinth, Athens, and Nemea in Greece, at Paphos, Kourion, and Ancient Marion in Cyprus, and on the island of Failaka off the coast of Kuwait. Since 1990, she has directed the Yeronisos Island Excavation and Field School just off western Cyprus. Here, she has pioneered eco-archaeology, undertaking floral and faunal surveys, annual bird counts, and establishing guidelines sensitive to the ways in which archaeological intervention impacts the natural environment.[12] Her fieldwork has focused on cross-cultural exchange in the Hellenized East during the centuries following the death of Alexander the Great.She is Director of the Yeronisos Island Excavations and Field School in Cyprus. Connelly was awarded a MacArthur Fellowship in 1996. She received the Archaeological Institute of America Excellence in Undergraduate Teaching Award in 2007 and held the Lillian Vernon Chair for Teaching Excellence at New York University from 2002-2004. Some of her publications include:
The Parthenon Enigma. Alfred A. Knopf. 2014
Portrait of a Priestess: Women and Ritual in Ancient Greece. Princeton University Press. 2007.
Votive Sculpture of Hellenistic Cyprus. New York. NYU Press. 1988.
Parthenon and Parthenoi: A Mythological Interpretation of the Parthenon Frieze. AJA, 100. 1996. 53-80.
Narrative and Image in Attic Vase Painting: Ajax and Kassandra at the Trojan Palladion, ed. Peter Holiday. Narrative and Event in Ancient Art. Cambridge. 1993. 88-129.
Votive Offerings of Hellenistic Failaka: Evidence for Herakles Cult. L'Arabie Preislamique et son Environnement Historique et Culturel, Universit des Sciences Humaine de Strasbourg. Leiden. 1989. 145-158.
Hellenistic Alexandria, Chapter 10, and Terracottas of Cyprus and Kuwait, Chapter 11, in The Coroplast's Art: Terracottas of the Hellenistic World, ed. J. Uhlenbrock. New Rochelle. 1990. 89-107.


Posted by Vanessa Rousseau at 3:19 PM