Two Lectures on Gordion (Turkey): "Roman Hobnail Burials" and "In Search of King Midas: New Discoveries and Reinterpretations at Gordion" 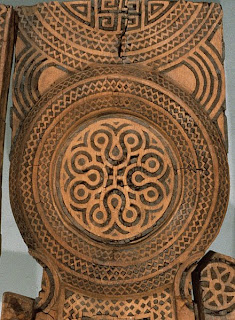 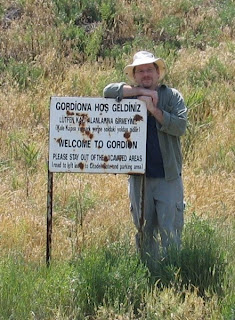 Andrew L. Goldman of Gonzaga University will present his AIA lecture, "In Search of King Midas: New Discoveries and Reinterpretations at Gordion (Turkey)," on Saturday, February 19, 2011 at 11am in in the Pillsbury Auditorium at the Minneapolis Institute of Arts. Professor Goldman is presenting an additional lecture, “They Died With Their Boots On: The Roman Hobnail Burials at Gordion (Turkey),” (also free and open to the public) on Friday, February 18 at 4pm in 155 Nicholson Hall at the University of Minnesota

In Search of King Midas: New Discoveries and Reinterpretations at Gordion (Turkey)
Saturday, February 19, 2011 at 11am in in the Pillsbury Auditorium at the Minneapolis Institute of Arts.

Synopsis: For over half of a century, the University of Pennsylvania Museum has conducted excavations at the ancient site of Gordion in central Turkey. The site is best known as the capital of the Iron Age kingdom of Phrygia and the home of the semi-legendary King Midas, who ruled around 725 BC and whose enormous wealth and power helped to spawn enduring legends of his “golden touch”. Who was this semi-legendary figure, and what is the current state of our evidence concerning his actual life and accomplishments? The on-going excavations at Gordion have helped to answer some of these questions, unveiling a society of enormous complexity and shedding much needed light on the history of this elusive ruler and the enigmatic Phrygian people. Recent research at the site has substantially improved our understanding of Phrygian culture, as well as clarifying other important aspects of the site’s three millennia of occupation. The application of new archaeological techniques and a fresh study of previous finds have combined to produce dramatic and significant new interpretations about the site’s history, its multicultural heritage and the unheralded preeminence of Phrygian culture in ancient Anatolia.

They Died With Their Boots On: The Roman Hobnail Burials at Gordion (Turkey)
Friday, February 18 at 4pm in 155 Nicholson Hall at the University of Minnesota.

Lecture Summary:Burial practices tend to vary widely between disparate cultures, and this is perhaps nowhere more evident than at the site of Gordion, located in central Turkey approximately 95 km. southwest of modern Ankara. Situated at the confluence of two rivers and at the nexus of several ancient trade routes, Gordion was occupied almost continuously from the Early Bronze Age to Medieval times. Among the wide variety of burial types are Hittite pithos burials, the great tumuli of the Phrygian kings and nobles, simple Lydian and Persian inhumations, Hellenistic chamber tombs, wooden coffins of the Roman period, and Byzantine cist graves. Three Roman cemeteries were excavated at the site between 1950 and 1994, and the objects and skeletal remains recovered from these necropoleis have helped to shape our understanding of Roman life at this rural town. Perhaps the most enigmatic of all the burial types are those containing the remains of hobnail boots, found in nearly a third of the total Roman period graves currently known. This burial type, dating from the 1st to 3rd century A.D. and common to sites along the Rhine and Danube frontiers, are unattested elsewhere in Anatolia. Their appearance at Gordion, in the graves of men, women and children, represents an intriguing phenomenon. Such boots have often been found at military sites, a fact which led the original excavators to hypothesize that either veterans or soldiers lived at Gordion during the Roman Empire. New excavations at the site in 2004 and 2005 have now settled this issue: the discovery of Roman weapons, armor and a barracks building have provided conclusive evidence that soldiers inhabited this small settlement. Indeed, as the chance discovery in 1997 of a Roman auxiliary soldier’s tombstone has shown, at least some of these men never made it home alive from their post on the Anatolian plateau, dying with their boots on.
Suggested Bibliography/Websites
“Roman Military Occupation at Yass?höyük (Gordion), Ankara Province, Turkey”. With J. Bennett. Antiquity 81, Issue 314 (forthcoming December 2007). “The Roman-period Cemeteries at Gordion in Galatia”. Journal of Roman Archaeology 20 (2007) 299-320. “From Phrygian Capital to Rural Fort: New Evidence for the Roman Military at Gordion, Turkey”. Expedition 49.3 (Winter 2007) 6-12. “Reconstructing the Roman-period Town at Gordion,” Chap. 5 in Lisa. K. Kealhofer (ed.), The Archaeology of Midas and the Phrygians: Recent Work at Gordion (Philadelphia: University of Pennsylvania Museum Press, 2005).

About the speaker:Dr. Andrew L. Goldman has been a member of the Gonzaga History Department since the fall semester of 2002, and Chair of the Classical Civilizations Department since 2007. His fields of special interest are ancient history (Roman and Greek), classical archaeology, and the classical languages (Latin and Greek). He received his BA from Wesleyan University in 1988, and his MA and PhD from the University of North Carolina-Chapel Hill in 1993 and 2000, respectively. He has spent several years living and teaching abroad: he lived in Ankara, Turkey, as a Fulbright Fellow and instructor at Bilkent University (1995-97), and in Rome as a teacher at Duke University's Intercollegiate Center for Classical Studies (1999-2000). Since 1992, he has been an active member of the excavation team at the ancient site of Gordion (central Turkey), where he has been studying the economic and social history of the small Roman-period settlement that flourished there between the 1st and 5th centuries AD. He has recently published several Latin inscriptions and the funerary finds from the Roman cemeteries at Gordion. During the summer of 2004 and 2005, with the aid of a Loeb Foundation Grant from Harvard University, he directed a team of archaeologists and assistants in what was the first systematic excavations of the Roman town on the site. In the course of this fieldwork, Roman weapons and armor were unearthed, providing the first concrete evidence for the hypothesis that the town was a minor Roman military site. The material, dating from the first and second centuries AD, is some of the earliest Roman military equipment excavated in the Roman East, and the site is the only Roman military base of its period to ever have been explored in Turkey.
Posted by Vanessa Rousseau at 11:03 AM