Jimmy Schryver on "The Petra Garden and Pool Complex"


Thursday, March 26, 2015 at 6pm in the John B. Davis Lecture Hall in the    Ruth Stricker Dayton Campus Center at Macalester College 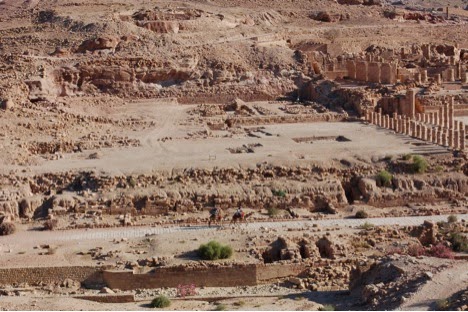 Petra, the capital of ancient kingdom of Nabataea during the 2nd century BCE - early 2nd century CE, is located in southern Jordan, approximately 80 kilometers south of the Dead Sea.  During this time, the Nabataeans used their well-known ability to harness the scarce water resources of the local desert and in some cases, make this desert bloom.  In more recent times, it has been named one of the New Seven Wonders of the World.  The Petra Garden and Pool Complex (PGPC) is a major monument in the heart of Petra that has only recently come to light.  As the only known example of a Nabataean garden, and one of very few excavated ancient gardens in the Middle East, the PGPC offers a rare opportunity to explore Nabataean garden traditions within the context of the Hellenistic-Roman Near East.  As such, it is making a significant impact on our understanding of the city center, much of which is turning out to be markedly different in appearance and function than what was imagined by previous scholars.

A no-host dinner with the speaker will follow the lecture at Pad Thai Grand, 1681 Grand Avenue, St. Paul.

About the Speaker: James G. Schryver, Ph.D. (2005) in Medieval Studies, Cornell University, is Associate Professor of Art History at the University of Minnesota, Morris. His own work and publications on the medieval Mediterranean world focus on the archaeology of Frankish Cyprus. Professor has received many honors and awards and authored numerous articles and book chapters, including editing the volume Studies in the Archaeology of the Medieval Mediterranean, Brill Press (September, 2010). His Curriculum Vitae can be found here.

Posted by Vanessa Rousseau at 11:27 AM