Richard Buckley on "Richard III, The King Under the Car Park: the story of the search for the burial place of England’s last Plantagenet king" Saturday, April 11, 2015 at 11am in the Pillsbury Auditorium at the Minneapolis Institute of Arts

In August and September 2012, a team of archaeologists from the University of Leicester set out to search for the final resting place of Richard III in a car park in central Leicester.  Against all odds, the project proved to be successful in locating a potential candidate to be the king, and his identity was subsequently confirmed beyond reasonable doubt after an extensive programme of scientific analysis, including a DNA match with modern-day relatives, generating press interest from all around the globe. 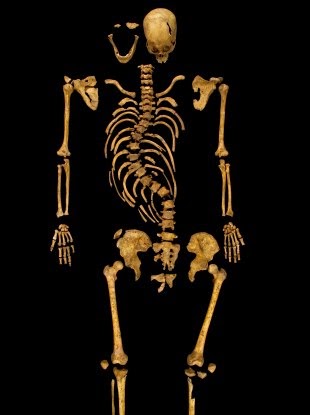 Richard Buckley is a graduate in archaeology from the University of Durham and has spent over 35 years working as an archaeologist in Leicester, specialising in complex Roman and medieval urban sites and historic buildings.  He is co-Director of University of Leicester Archaeological Services and was lead archaeologist from the University of Leicester on the Search for Richard project.  He is an Officer of the Order of the British Empire (OBE), a Member of the Institute for Archaeologists, and a Fellow of the Society of Antiquities.
"My research has focused largely on the archaeology of Leicester, with particular interests in the medieval and Roman periods. However, a lifetime of archaeological research and excavation in the city beginning in 1973, and a career which has involved me in most building recording projects and all excavations (with a handful of exceptions) either as site director or project manager since 1980, has enabled me to develop an exceptionally deep knowledge of the archaeology of Leicester and the East Midlands.  I have lectured widely on Leicester Castle, Leicester Abbey, Roman Leicester, Medieval Leicester, Roman painted wall plaster from Leicester and on the Greyfriars Project which successfully located the remains of Richard III."
Posted by Vanessa Rousseau at 10:32 AM