Gilbert Tostevin on The Archaeology of the Origins of Modern Humans 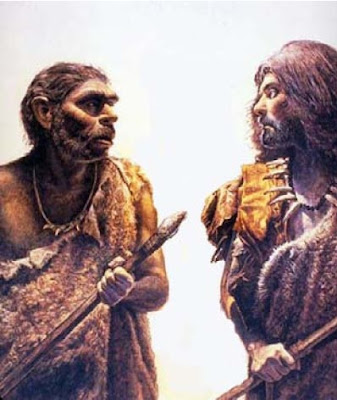 Thursday, December 1, 2011 at 6pm in the John B. Davis Lecture Hall in the Ruth Stricker Dayton Campus Center at Macalester College*

Lecture Summary: Why anatomically modern humans survived the Pleistocene Epoch, whereas our evolutionary relatives, the Neanderthals and other archaic Homo species did not, is a fundamental question for anthropological archaeology. The origins of modern humans as a research subject engages of the fields of genetics, biological anthropology, demographic modeling, geology, and Paleolithic archaeology. Prof. Tostevin will present the archaeological conclusions concerning both the consensus view of our species’ origins as well as recent cutting edge research on the adaptations that allowed our proliferation at the end of the last Ice Age. Regardless of which of these adaptations (long- range weaponry, diet breadth, social behavior, and others) were most critical, each potential explanation has a significant message for our species’ immediate present and future.

About the Speaker:
Gilbert Tostevin is a professor of Anthropology at the University of Minnesota. Professor Tostevin is a Paleolithic archaeologist who has excavated in the Near East (Israel), Central Europe (the Czech Republic), and Central Asia (Uzbekistan). He received his PhD from Harvard University in 2000, taught for two years at Williams College in Massachusetts, before coming to the University of Minnesota in 2001. His main area of research is the Middle to Upper Paleolithic transition in western Eurasia, with a focus on how the analysis of the stone tool technologies employed by Late Pleistocene hominins can tell us about cultural transmission and cultural and biological contact between these hominin types, particularly anatomically modern humans and Neanderthals. Recent excavations include the Early Upper Paleolithic site of Tvarožna X and several other localities around Moravia in the Czech Republic, in collaboration with Dr. Petr Škrdla of the Institute of Archaeology, Brno, 2008 - 2011. Their re-excavation of the type-site for the Bohunician Industrial Type in 2001 produced a number of publications that have pushed the envelope on both chronometric and lithic analysis approaches to the Middle to Upper Paleolithic transition.

Prof. Tostevin has numerous publications, including a book appearing through Oxbow Books and the American School of Prehistoric Research, Peabody Museum, at Harvard, entitled "Seeing Lithics: A Middle-Range Theory for Testing for Cultural Transmission in the Pleistocene" which will appear in mid-2012. He also edited a collection of papers from a diversity of international lithic analysts, entitled "Reduction Sequence, Chaîne Opératoire, and Other Methods: The Epistemologies of Different Approaches to Lithic Analysis", that will appear this month in a special issue of the on-line journal PaleoAnthropology.